"We love Lilburn, and you will too. They've got fun parks, exciting events, and delectable restaurants, including one in a double-decker bus. Brian Burchik, Lilburn Downtown Development Authority's Main Street manager, shares his favorite things about this city in our latest City Series installment. - Guide to Gwinnett"

Lilburn was one of the first Gwinnett County cities to develop as population growth radiated from Atlanta. The city is rooted in the railroad that still runs hourly through Old Town near the city's municipal building. When the city was first incorporated in 1910, it was named after Lilburn Trigg Myers, the railroad superintendent for the Seaboard Air Line Railway.

In 1823, the first church created in the area was Camp Creek Primitive Baptist Church, which remains active today. Elder James Hale and 14 members started the church. In 1840, a group left the church and created Liberty Baptist, now known as First Baptist Church of Lilburn. Also in 1840, the Carroll family gave land for slaves to establish their own church, Salem Baptist, which still thrives today.

In 1839, the Center Academy was founded to educate children living in the area. The exact site is not known, but the school was located near Lawrenceville Highway (US 29) and Rockbridge Road, just within the present-day city limits of Lilburn. 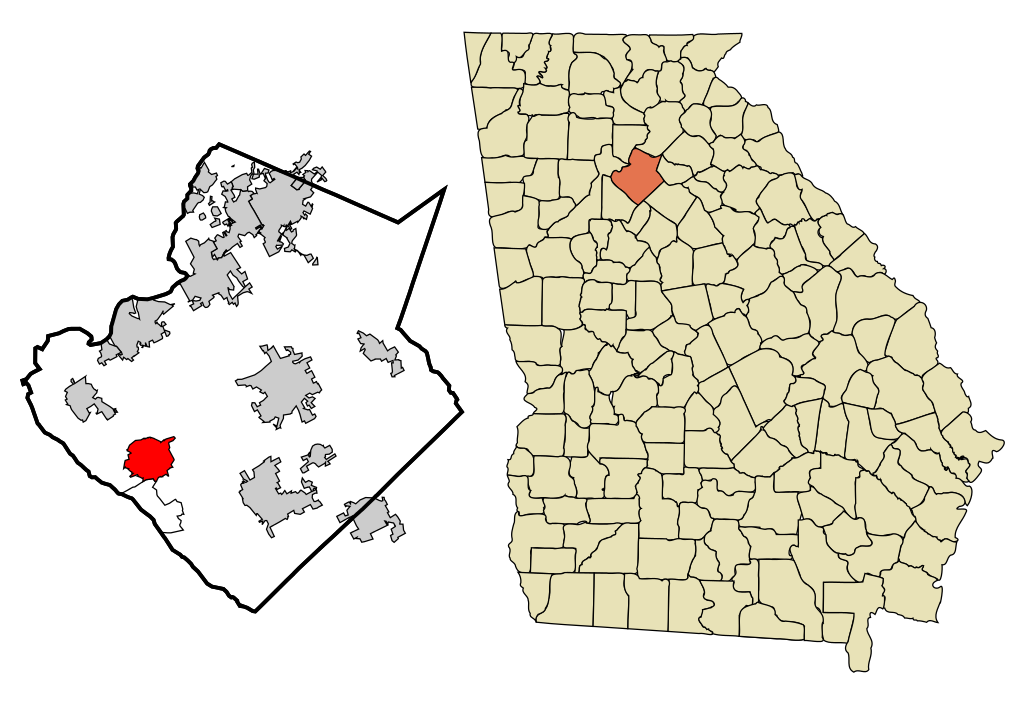 During the civil war, from 1860-1865, no major battles were fought in the area; however, there was a military engagement or skirmish at Yellow River near Five Forks Trickum Road. Union troops were foraging supplies for Sherman's troops when his soldiers encountered resistance at this location and engaged the confederates. This was the only Civil War activity in the present-day Lilburn area.

A disastrous fire devastated Lilburn in the early morning of November 15, 1920. Frank Garner, who lived across the street from the Lilburn Supply Company where the fire apparently originated, discovered the fire. The entire business section of town was destroyed, with the exception of two stores. Only the heroic work of the volunteer bucket brigade saved the residential area of town.

After the fire, Lilburn was rebuilt. Shortly thereafter, cotton crops were attacked by the boll weevil, which destroyed the local economy. Adult boll weevils do minor damage but lay eggs inside the unripe cotton 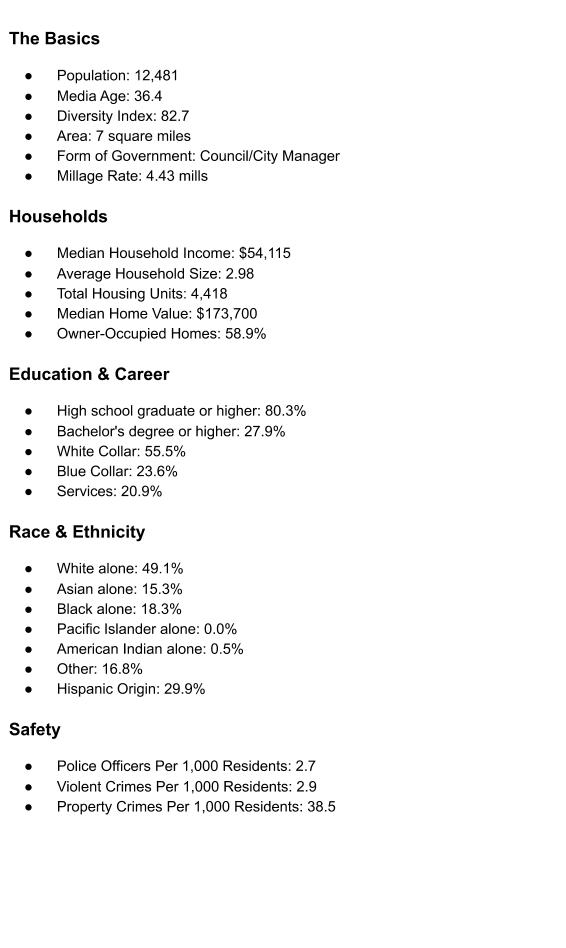 boll. Young larvae eat their way through, damaging the boll. Cotton was king and was considered white gold. Big and small farmers relied on the cotton crop for survival. This tiny, menacing insect spread from Mexico into the United States. At the time, there was no method to help defend cotton crops against this pest. Boll weevils caused great economic devastation throughout the south during this time.

The depression of 1929 also took a heavy toll on the area and the town gradually died. Lilburn's government, which was organized in 1910, ceased to exist. Some claimed that Lilburnites were so quiet, well behaved, orderly, and law-abiding that there was no need for government.

Automobiles gave people an alternative to using the railroad for transportation and the town gradually relocated along Highway 29. This reliance on Lawrenceville Highway for transportation created an Old Town area serviced by the railroad and a new business district for Lilburn. Old Lilburn retained some storefronts, which continued to operate, but most business activities were based along US 29.

The need for a water line in 1955 created the need to re-establish a new city government and the town began to grow again. In 1976, a new City Hall was built in the Old Town area. A larger municipal building – the Calvin Fitchett Municipal Complex -- was built next to the park in the early 1990s. As the government grows to meet increasing population demands, another City Hall is in the works. A realigned Main Street and City Hall / Library are expected to serve as catalysts for redevelopment for the next chapter in Lilburn’s history.

The following have Lilburn addresses:

10 Best Things to Do in Lilburn GA 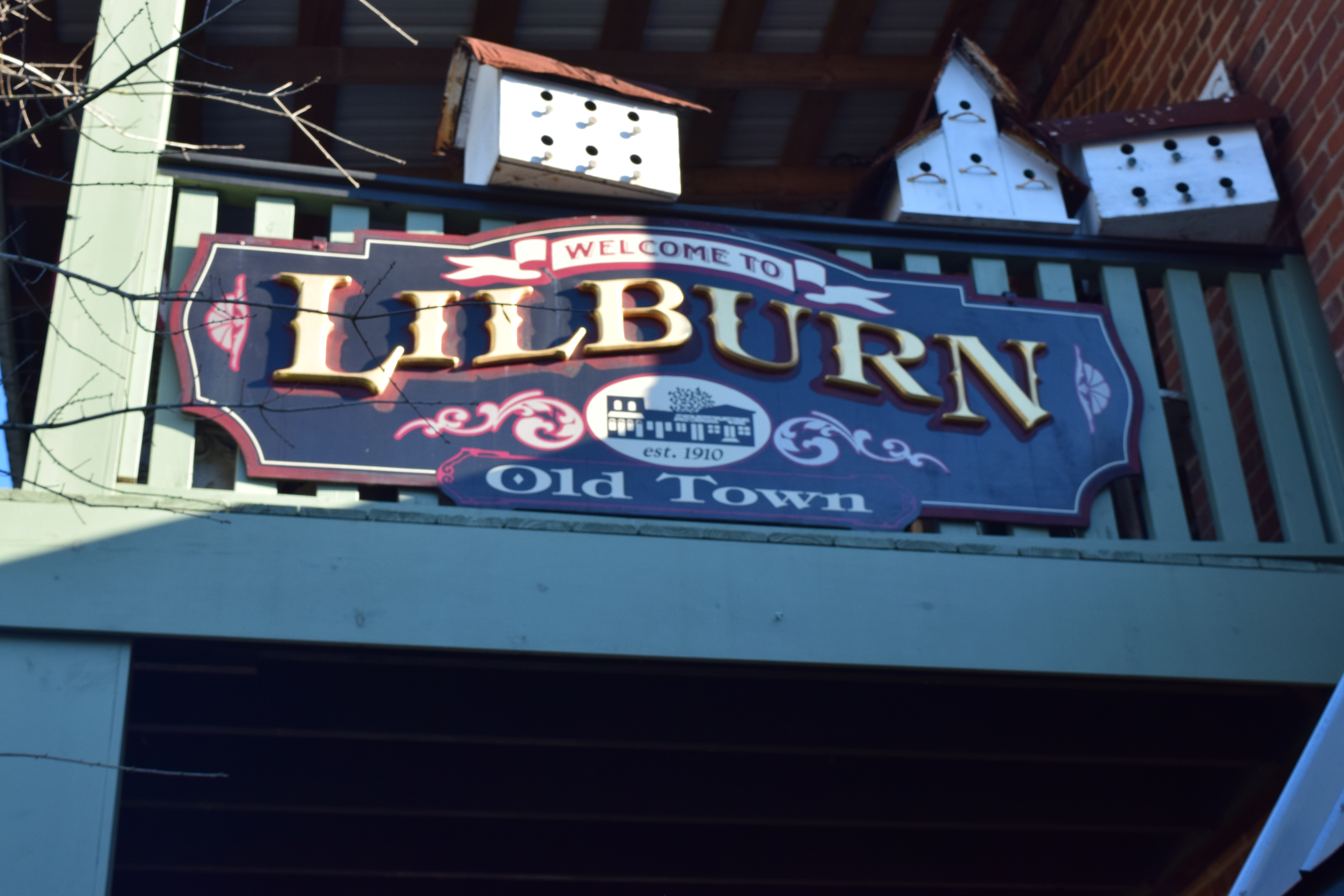 Best Brews in the Night

Recreation in and around Lilburn GA

When the sun goes down, the fun is just ramping up in Gwinnett County. Whether you’re in search of a specific kind of drink — a classic cocktail, perhaps, or an interesting beer — or in the mood for a particular atmosphere, choices abound.  Gwinnett County Free Visitors Guide 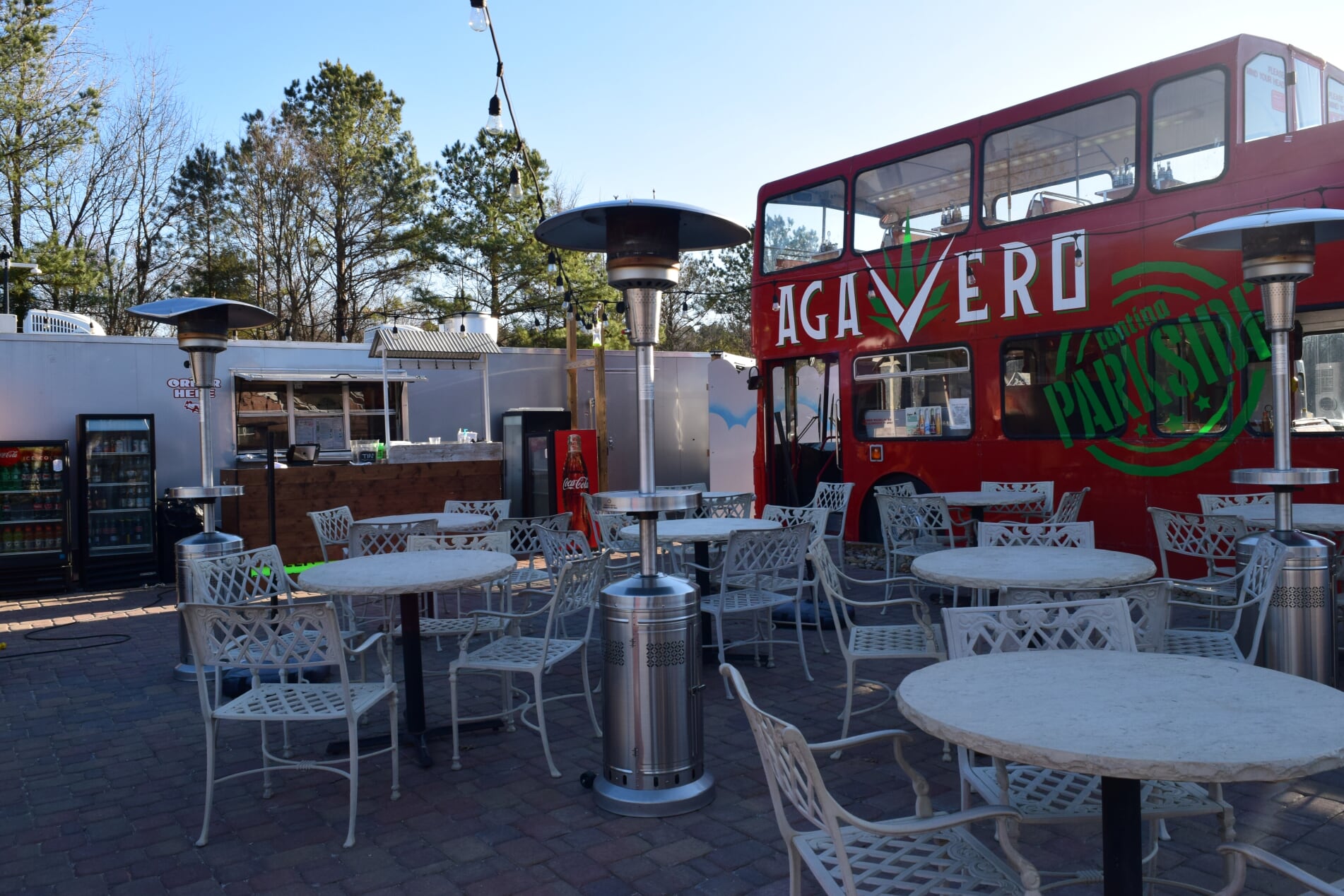 Housed inside a double-decker bus be transported to the vibrant streets of Mexico with authentic cuisine and award-winning margaritas. Patio seating with a view of Lilburn City Park.

The chef-driven 1910 Public House menu embraces the principles of sustainability with locally sourced ingredients whenever possible and changing selections to celebrate the seasons. Inspired by local heritage, dishes are skillfully and thoughtfully prepared with a nod to southern cuisine highlighting the pure simple tastes of fresh ingredients.

The Market Taproom & Growler offers 28 taps of craft beer! This is the only place like it in the Lilburn / Stone Mountain area. Stop in, watch the game and have a few pints. When the game is over, take 32oz home with you. 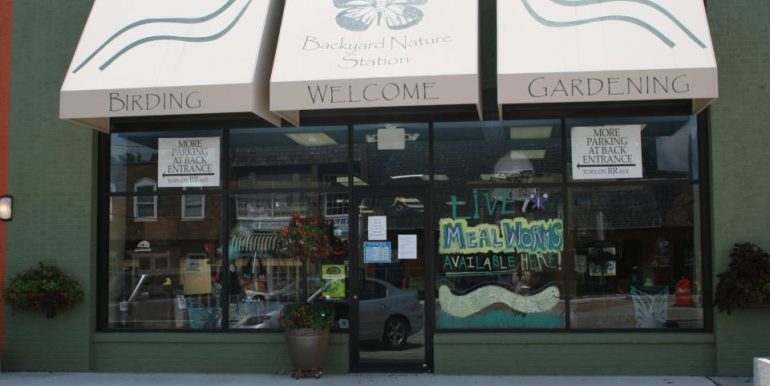 17 Reasons You Should Go to Stone Mountain 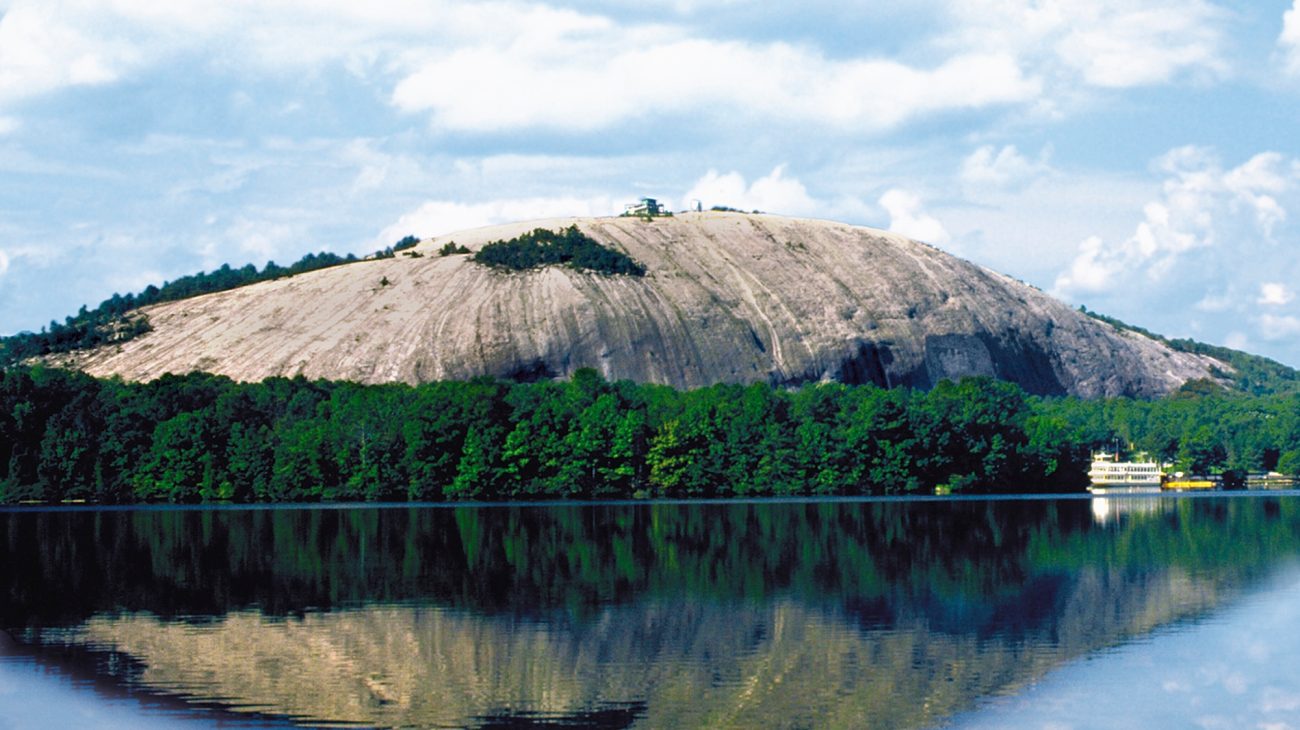 You’re at the bottom of Stone Mountain, lacing up shoes and stepping from gravel to granite as you ascend the gradual slope of smooth, white rock. You navigate between shrubby trees and piles of stones, pausing now and then to take in the expansive natural scene around you. Zoom out a bit. The frame fills with hikers like you, with runners skipping from rock to rock, aged explorers trekking alongside kids on field trips. Pan out even further and the 3,200 acres of exposed granite stretch beyond view; people are specks of color on the mountainside. Visitors gather here, facing the figures cut into the rock, anticipating a dazzling laser light show. Now back to you, climbing the mountain, claiming this revered rock for your own, small step by step. 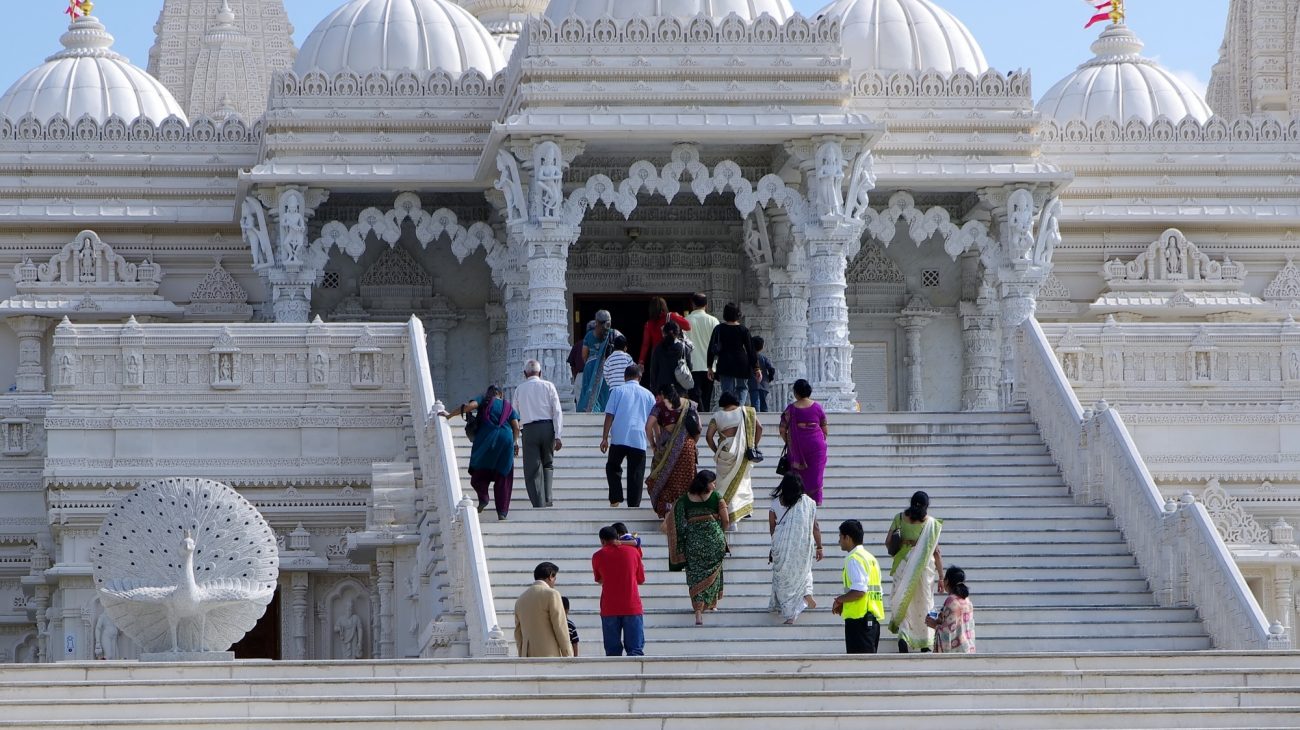 If you're looking for a one-of-a-kind cultural experience, Lilburn is home to the BAPS Shri Swaminarayan Mandir, the largest Hindu Temple in the U.S. The Mandir is open to the public, and tour highlights include the viewing of the sacred deities and the Aarti ceremony, the waving of lit lamps before the Deity. 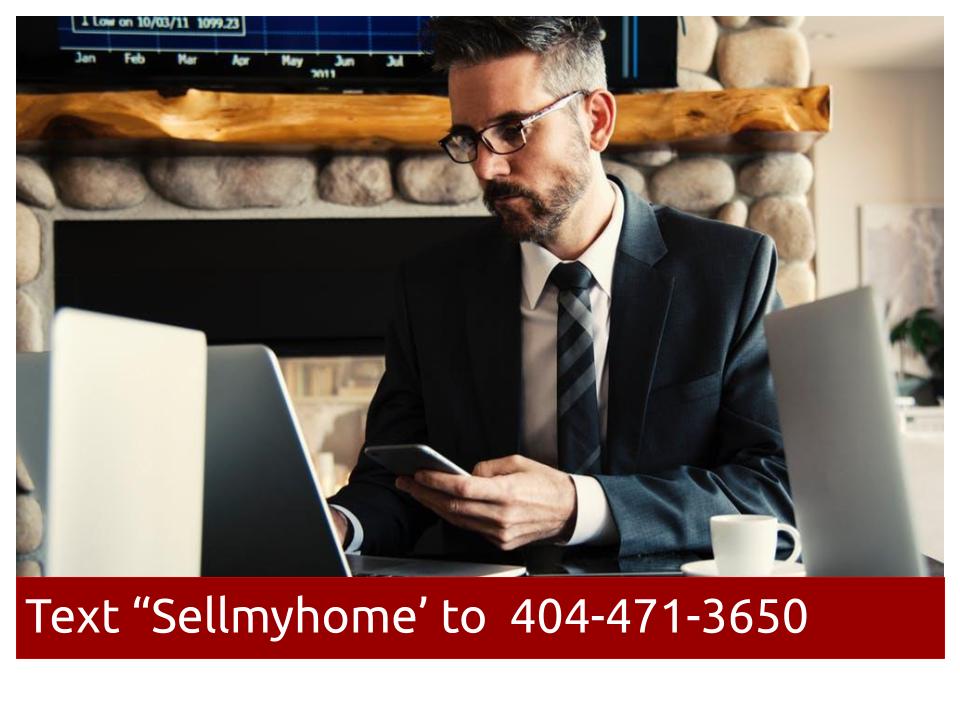 How much is my home worth ?  What is the Value of My home in Lilburn ?  What can I get for my home ?

1. How far is Lilburn GA from Atlanta GA?

Distance from Lilburn, GA to Atlanta, GA There are 17.11 miles from Lilburn to Atlanta in southwest direction and 23 miles (37.01 kilometers) by car, following the I-85 S route.

3. How many people live in Lilburn Georgia?

12,700 (2017) Lilburn/PopulationLilburn, Georgia's estimated population is 12,644 according to the most recent United States census estimates. Lilburn, Georgia is the 81st largest city in Georgia based on official 2017 estimates from the US Census Bureau.May 11, 2019

The Lilburn Police Department is open 24 hours a day, 365 days a year. Officers and emergency communications personnel are always on duty to respond to emergency and non-emergency calls, and for filing reports of crimes.

Subdivisions / Neighborhoods in the Lilburn, GA 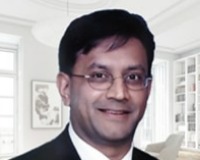 As an experienced Realtor, I am ready to assist you with all of your real estate needs. My approach is customized for each client; my solutions are never one-size-fits-all! Please view this website a....

Want to Advertise on this Site?

The No 1 Thing You Can Do Now to Position Yourself to Buy a Home This YearThe last few weeks and months have caused a major health crisis throughout the world, leading to a pause in the U.S. economy

Don’t Let Frightening Headlines Scare YouThere’s a lot of anxiety right now regarding the coronavirus pandemic. The health situation must be addressed quickly, and many are concerned about the

Why the Stock Market Correction Probably Won’t Impact Home ValuesWith the housing crash of 2006-2008 still visible in the rear-view mirror, many are concerned the current correction in the stock


Should you require assistance in navigating our website or searching for real estate, please contact our offices at 678-755-2600.

Listings identified with the FMLS IDX logo come from FMLS and are held by brokerage firms other than the owner of this website. The listing brokerage is identified in any listing details. Information is deemed reliable but is not guaranteed. If you believe any FMLS listing contains material that infringes your copyrighted work please click here to review our DMCA policy and learn how to submit a takedown request. © 2020 First Multiple Listing Service, Inc. Data Last Updated on: April 4, 2020 11:38 PM Please contact insiderealestate.com if you experience any technical issues.

©2020 Georgia Multiple Listing Service All information deemed reliable but not guaranteed. All properties are subject to prior sale, change or withdrawal. Neither listing broker(s) or information provider(s) shall be responsible for any typographical errors, misinformation, misprints and shall be held totally harmless. Listing(s) information is provided for consumer's personal, non-commercial use and may not be used for any purpose other than to identify prospective properties consumers may be interested in purchasing. The data relating to real estate for sale on this website comes in part from the Internet Data Exchange program of the Multiple Listing Service. Real estate listings held by brokerage firms other than Harry Patel Real Estate may be marked with the Internet Data Exchange logo and detailed information about those properties will include the name of the listing broker(s) when required by the MLS. Copyright ©2020 All rights reserved. Last Updated: April 4, 2020 9:00 PM Show More...

By registering, you agree to our terms of use and that real estate professionals and lenders may call/text you about your inquiry, which may involve use of automated means and prerecorded/artificial voices. You don't need to consent as a condition of buying any property, goods or services. Messages/data rates may apply.